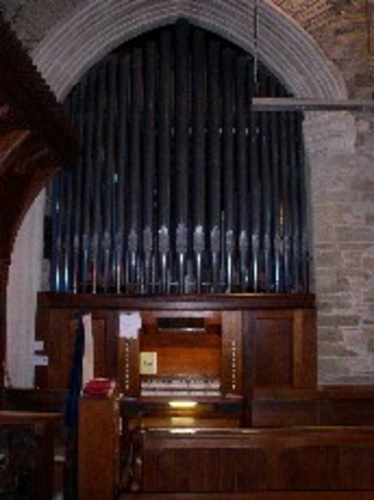 The church is built in an early perpendicular in style and was remodelled in the 15th Century, incorporating earlier stonework. In 1829, during a funeral service, one pinnacle of the tower was struck by lightning!

The organ was built by H. P. Dicker of Exeter in 1869 and is at the north side of the chancel, with the integral console behind the choir. It has two manuals, with sixteen speaking stops, three couplers and a Swell tremulant.

The organ is now in the care of Michael Farley Organ Builders of Budleigh Salterton.