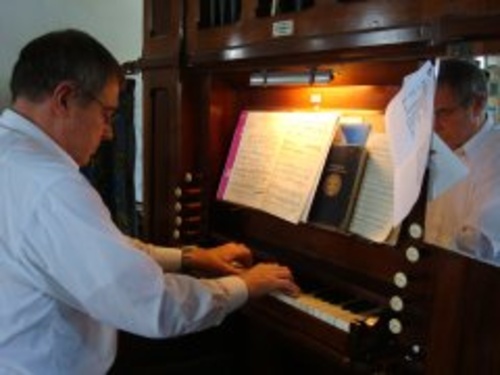 The church is built the site of a much earlier building dating from the 13th century. The later church is cruciform in shape and consists of chancel, nave, north and south aisles, north and south transepts, south porch. This building dates from 1537 re-build. There is a well-carved roof with many of the original bosses: one has a goat, another a lion, a third the pelican, a fourth three rabbits, each with a single ear uniting in the centre to form a triangle, supposed to be an emblem of the Trinity. The tower is the glory of Dartmoor and is said to have been erected by some tin miners as a thanks offering for their success in finding tin. They used the local Dartmoor granite of course. The tower was erected and the church enlarged in 1537. The tower contains eight bells. The oldest bell is dated 1632 with two new bells added in 2002.

On Sunday, October 21st 1638, during a terrific thunderstorm, the church was struck by lightning. Unfortunately this was during a church service. A tremendous amount of damage was sustained. Many worshipers were injured and sadly four people died. The news of this catastrophe spread like wildfire to the four corners of the Kingdom.