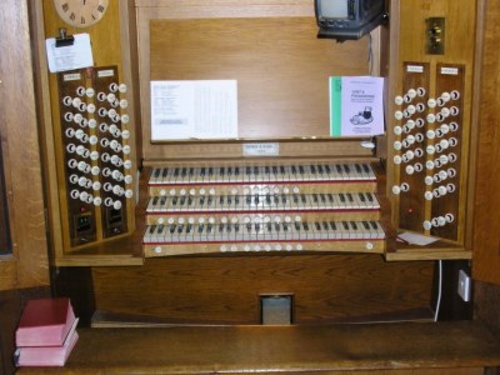 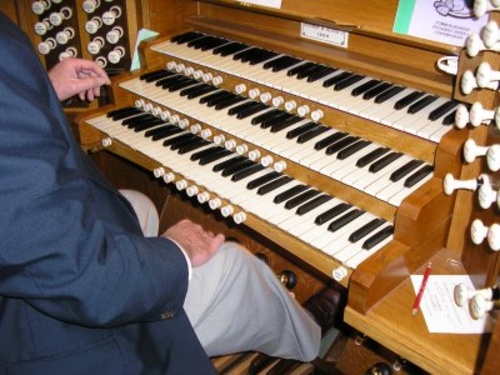 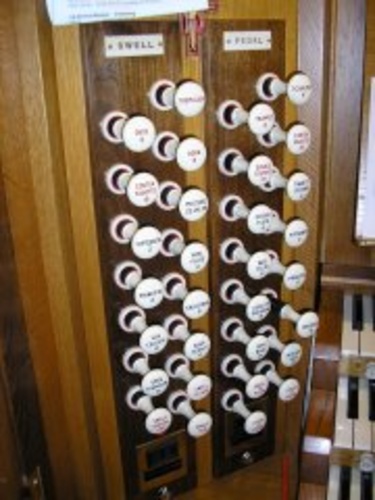 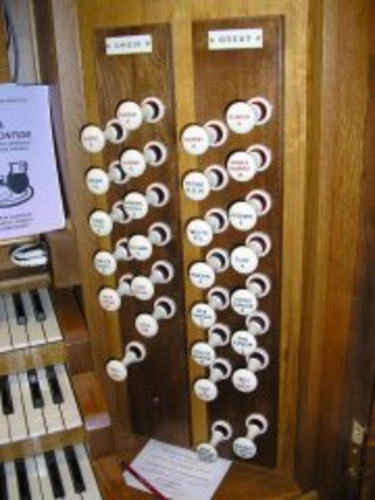 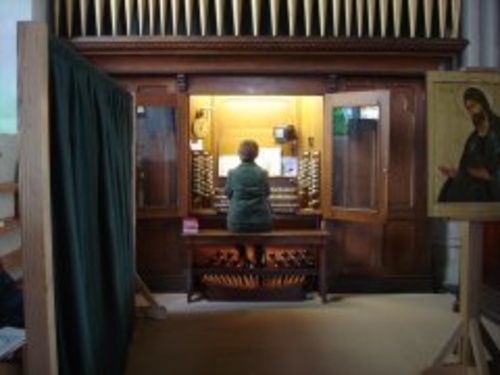 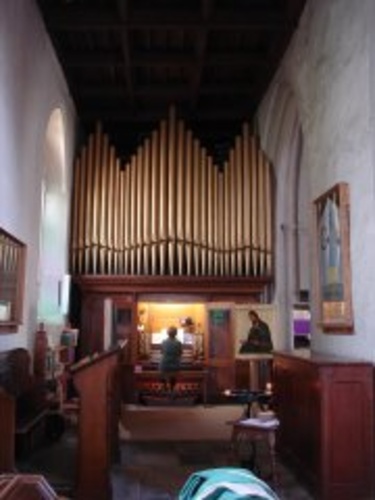 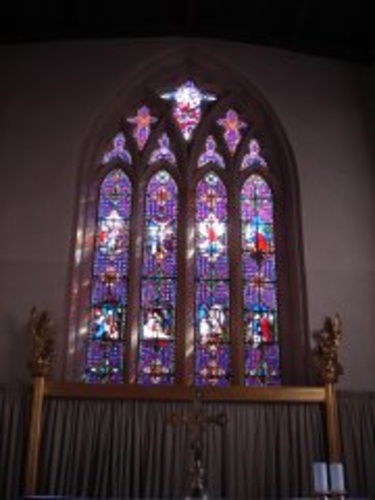 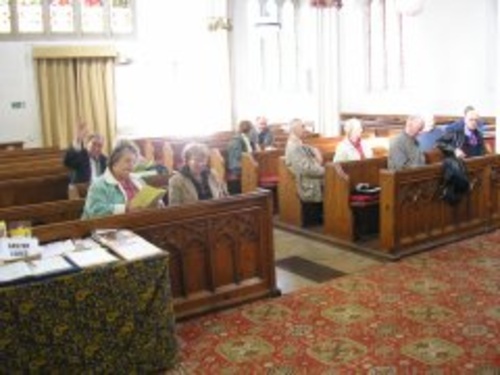 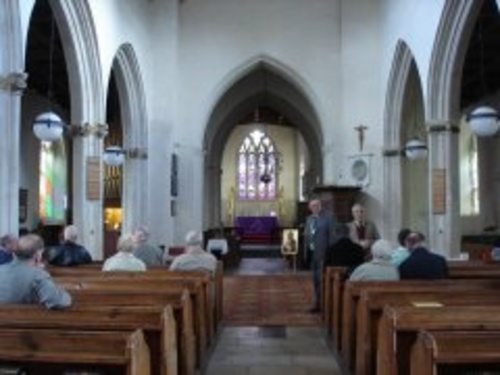 The present organ was built at the beginning of the twentieth century by Norman and Beard. Originally at the west end and part of the (now removed) extensive galleries, the three manual instrument was moved to the north side of the Church, In the present ordering of the Minster it separates the Sacristy to the East, and a Quiet Corner dedicated to Saint John the Baptist.

In 2000 the decision was made to update the organ, and after extensive consultation and discussion including the possibility of installing a digital organ, the Parochial Church Council agreed on a scheme affirming a traditional pipe organ, using and re-voicing existing pipes, but adding extra colour in particular enriching the pedal organ, electrifying the action, and installing an extra wind chest at a cost of £64,000.
Built in to this were options of substituting a detached console when funds are available, and modern technology to allow the use of the instrument without an organist. The developments to the organ were suggested by the then Organist and Choirmaster, Mr Michael Foster, with advice from Mr Paul Morgan on behalf of the Exeter DAC. The work was put in the hands of The Deane Organ Builders of Taunton.