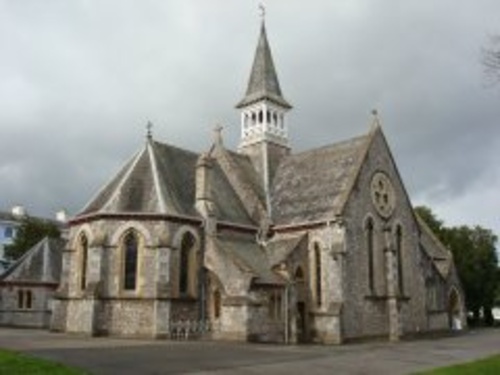 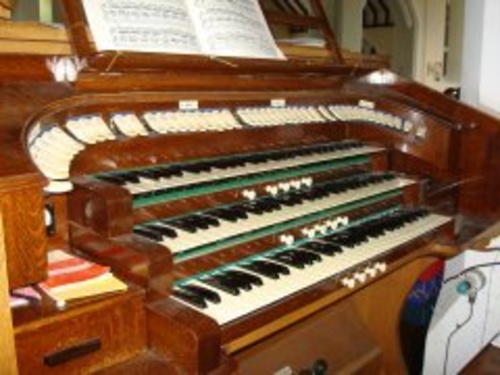 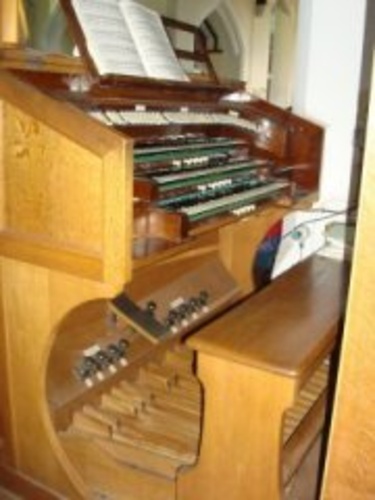 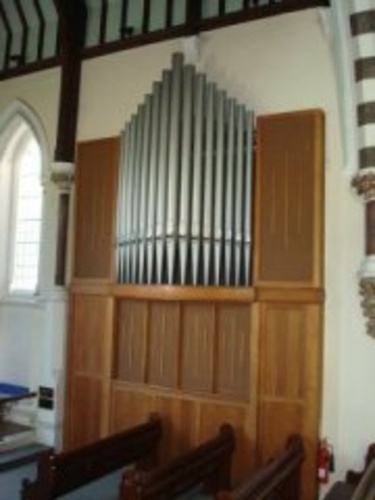 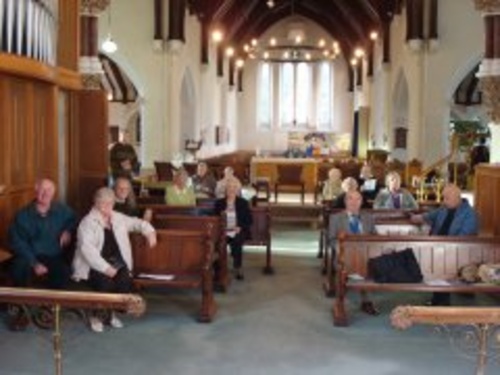 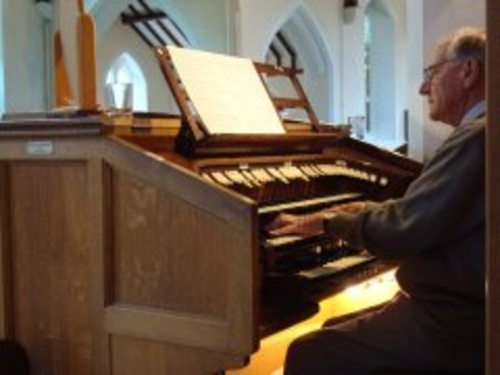 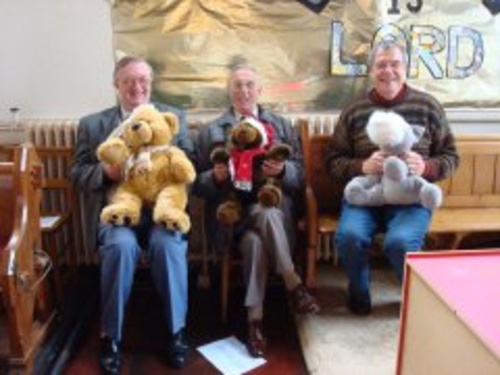 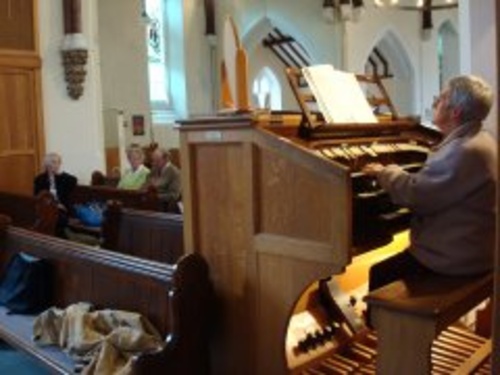 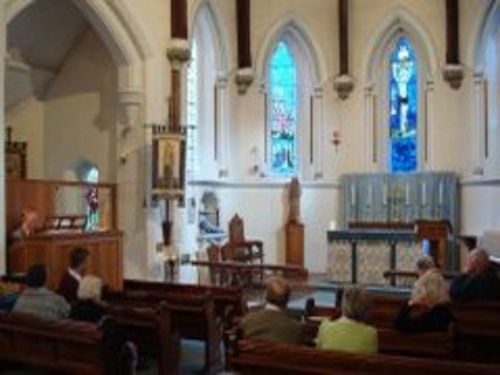 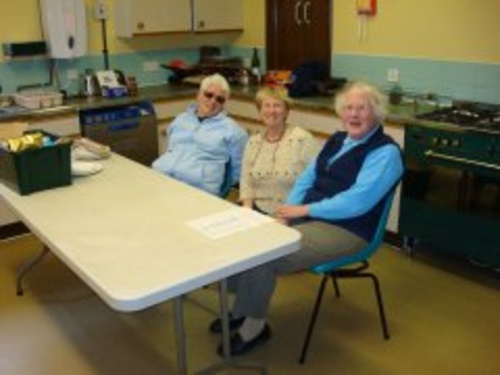 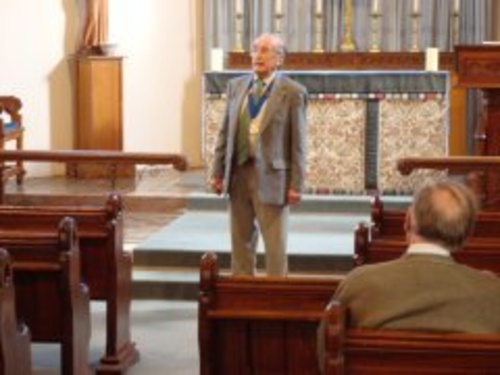 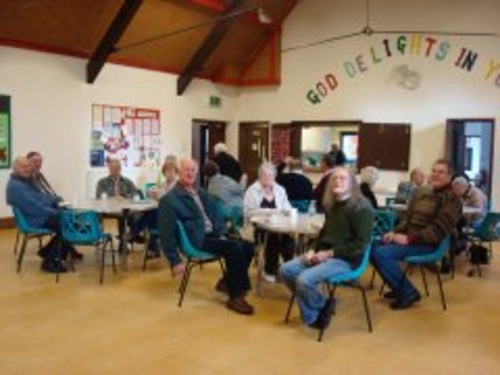 This is a cruciform church made of local Devon limestone, and is set in a large spacious churchyard. It houses a single bell in the wooden ‘bell turret’. The interior is colourful. The lofty arch-braced roof meets at the centre of the ‘crossing’, from which hangs a modern ‘corona lucis’ forming a canopy to the altar, which stands in the centre of the building.

At 55 minutes past midnight on the 24th April 1942 a bomb landed in the churchyard causing extensive damage to the windows and roof. The building was closed for six months while repair work was carried out.

The first organ in St Paul’s was a small one manual and pedal instrument, which was in service for only one year. It was replaced in 1861 by a new instrument by Hambling of London. It had two manuals, pedals and stops. It stood on the south side of the Chancel until 1886, when it was moved to the opposite side, where it remained until 1897 and was then given a new position in the north transept. In 1908 it finally came to rest back on the south side of the Chancel. In 1958–9 it was totally rebuilt by Hele & Co at a price of £3,326. It is a fine three manual and pedal instrument, with nine speaking stops on the Great, nine on the Swell, eleven on the Choir and six on the Pedal, also nine couplers and adjustable thumb and toe pistons.