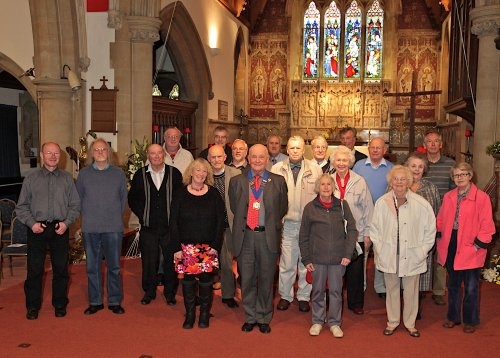 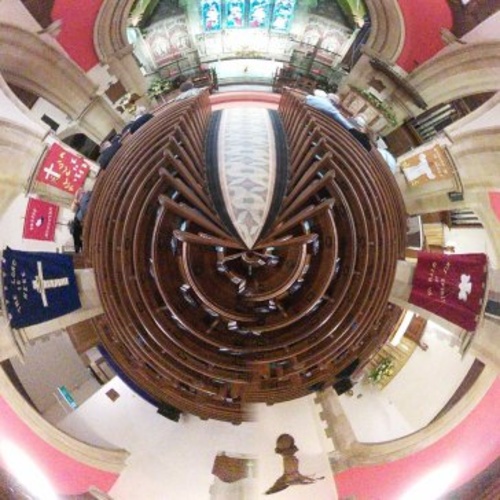 The church is dedicated to St. Matthias; his figure flanked by two angels, is over the North Porch. Following the Ascension, after prayer, Matthias was chosen by lot to be one of the apostles, replacing the traitor, Judas Iscariot. St. Matthias served as a missionary and was martyred. St. Matthias’ was built as a Chapel of Ease of St. Mark’s Church, Torwood and was consecrated by the Bishop of Exeter, the Rt. Rev. Henry Phillpotts, on the 14th October 1858. It became an independent church and parish in 1880. In 1974, the Rector of St. Mark’s became Priest-in-Charge of Holy Trinity Church. A few years later these two churches were closed and in 1979 the Vicar of St. Matthias’ became Rector of the enlarged parish of St. Matthias’, St. Mark and Holy Trinity. The present church is considerably larger than the buildings of 1858. The South Aisle was added in 1865 and the Chancel enlarged in 1885. The main change in the considerable enlargement of the church in width, height and length, the formation of the West end and the addition of the North Porch were undertaken in 1894.
The Church Centre was opened 1986 and the Pine Room was added in 1992.

The present organ was built in 1885 by William Hill & Son of London.
In 1920/23 the organ was inspected and several problems were repaired.
In 1923 Rushworth & Dreaper of Liverpool rebuilt the instrument adding tubular pneumatic action.
In 1974 the organ was dismantled and electric action was installed.
After money was raised by the Friends of St Matthias, rebuilding work commenced on the organ in 2007 and completed in 2008.