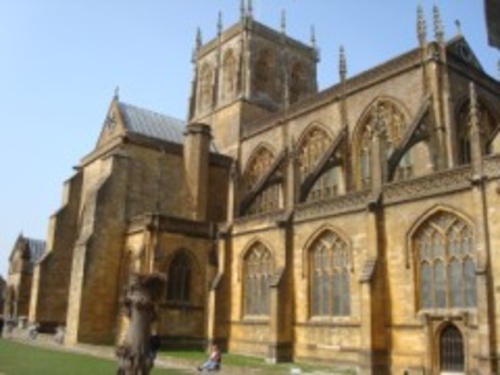 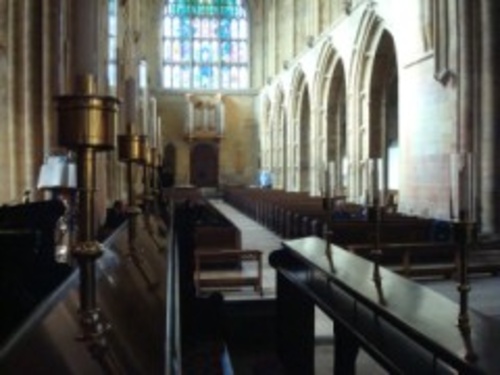 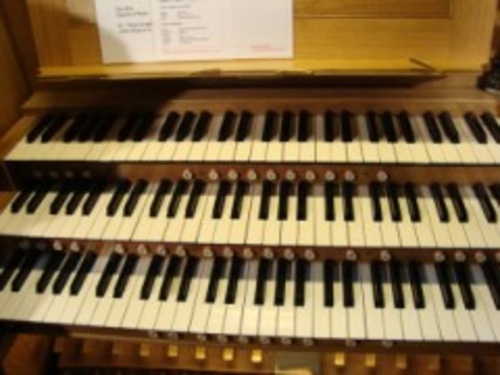 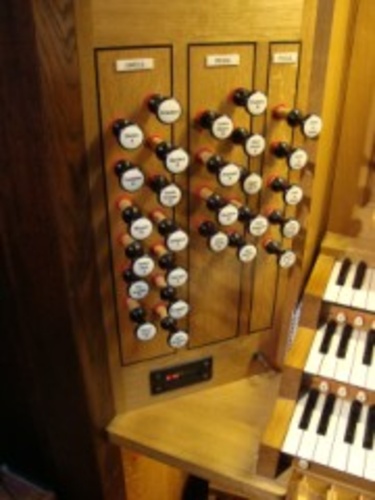 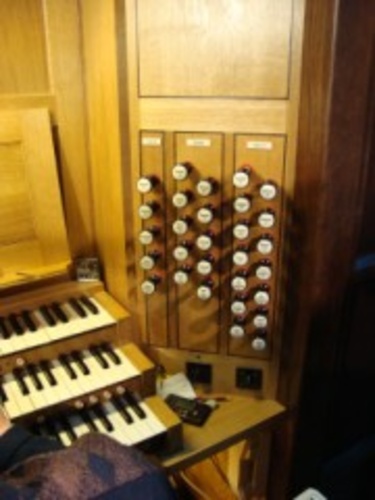 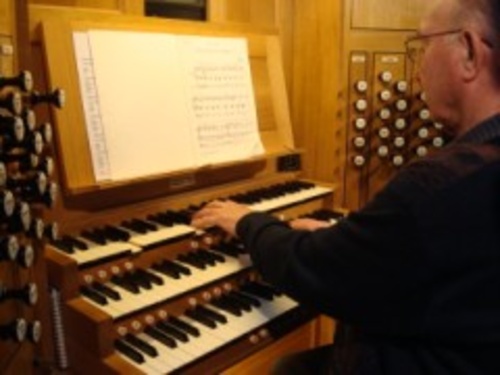 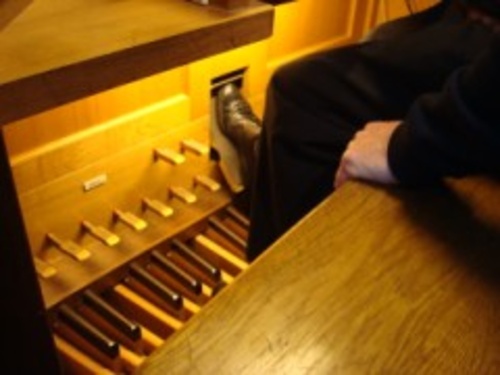 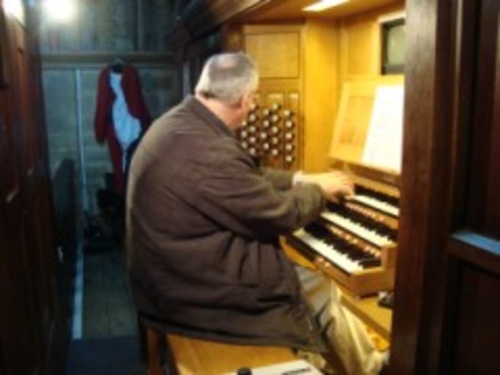 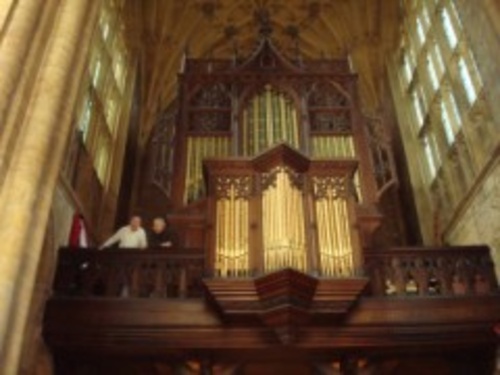 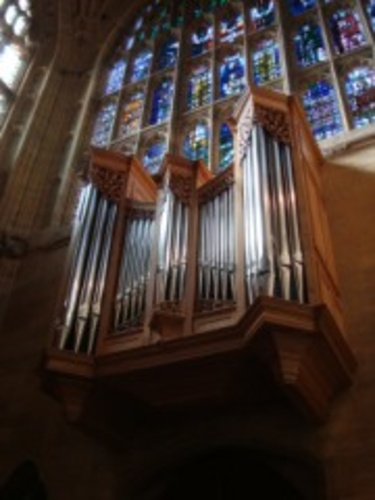 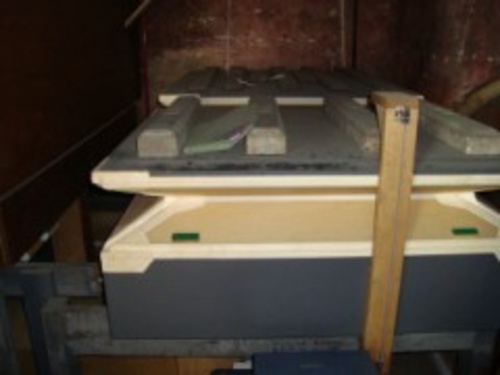 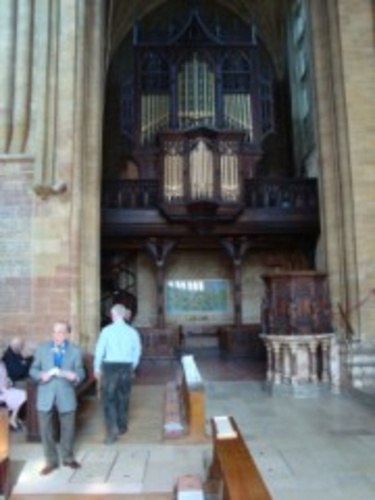 The view from the south over the green shows an almost entirely 15c perpendicular style apart from the south porch, which is a mix of 12c ground-floor rebuild and 19c above. Yet it is the rich golden colour of the Hamstone from which it is constructed coupled with the majestic tower and superb flying buttresses that all combine to produce an unforgettable image. When the sculptural floodlighting illuminates the Abbey at night, there is a wholly serene quality about it. The site on which the present Abbey stands has been consecrated for more than 1200 years. St. Aldhelm’s Abbey church was a cathedral seat for a total of twenty seven Saxon Bishops.

From 1075 to the Reformation, it was the church of a Benedictine monastery. The monastery was dissolved in 1540 as part of Henry VIII’s Reformation, since when the building has been a parish church. The church was restored by public subscription and great generosity by the Digby family in 1850–58, the work being supervised by R. C. Carpenter and William Slater. R. H. Carpenter was responsible for the tower restoration in 1884. It is to these people that future generations must be deeply indebted for saving the Abbey so sensitively and avoiding what the Victorians regarded as ‘improvements’ that so often led to irretrievable damage to so many medieval churches in the county. The huge roof, which extends to nearly half an acre (1/5th hectare) plus all the windows were re-leaded and much stonework renewed during 1978–81. The cost of £750,000 was raised by public subscription and a generous grant by the Department of the Environment.

The Abbey’s magnificent pipe organ occupies a loft in the North Transept. It was originally built in 1856 by Gray & Davidson to a specification similar to their exhibit at the Great Exhibition of 1851. In 1951, it was rebuilt and had an electro-pneumatic action with a remote console installed by J. W. Walker & Sons.

Tonal adjustment was made by John Coulson of Bristol in 1971. Unfortunately, the electro-pneumatic action did not stand the test of time and the instrument was completely rebuilt with a mechanical action by Bishop & Sons in 1986-87. In 2004/5, the organ, once again, underwent a major improvement. In the meantime, the Abbey was temporarily served by a superb electronic organ.

Tonally, the new division has been a revelation. The main organ is extremely forceful at the console, and indeed in the opposite transept, but quickly loses vitality and power as one moves down the Nave. Adding one or two stops of the Nave section instantly brings an immediacy and presence into the main body of the building, which will be valuable for congregational accompaniment. The full chorus simply makes one realise how wonderful it would have been to build a new west end organ in such a building. Nevertheless, the slightly remote placement of the main organ does allow almost its full resources to be used in cathedral-style choral accompaniments.