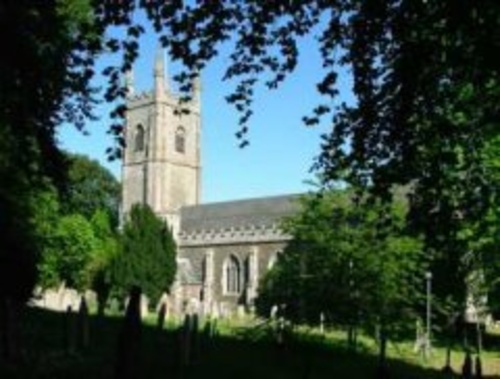 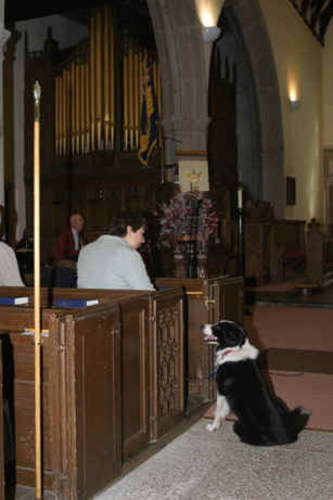 It is certainly known that a Church existed here prior to the first recorded consecration by Bishop Bronescombe of Exeter in 1261. The lovely medieval building, which resulted from a further re-building in 1447, was destroyed by fire in 1842. It was rebuilt again to this plan, by Hayward. The 80 foot granite ashlar tower alone survived the blaze and was incorporated into the rebuilt Church which, although somewhat larger, was designed, more or less on the lines of the previous one. There are remains of the old stone Reredos against the west wall of the south aisle. The Reredos is of stone and was built in 1891 by Hems and the choir stalls and altar rails date from 1892. The pulpit is a little older, being installed in 1872. There are several fine stained glass windows in the church, notably one south window by Morris and Co. depicting St Cecilia and the Angels. The North Window is by the Kemp studios and others are by Ward and Hughes. In the Lady Chapel there is a small section of medieval glass displayed in a cabinet beside the altar.

The organ is reputed to be one of the finest in Devon.