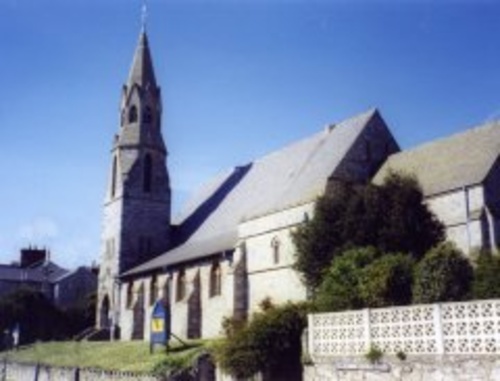 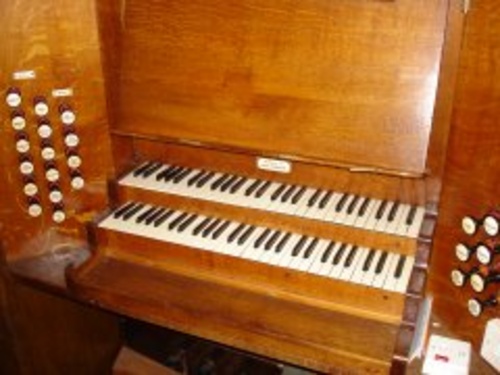 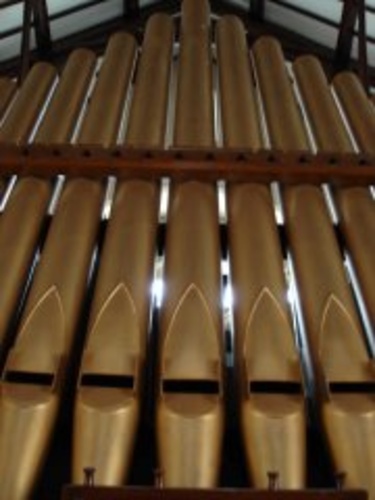 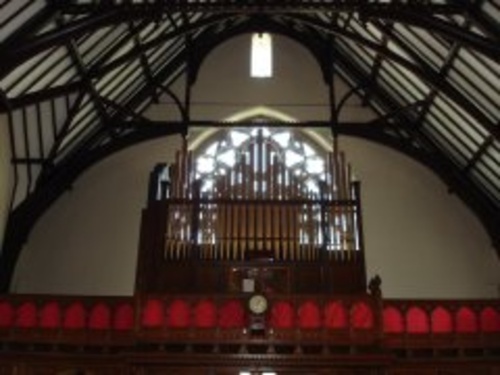 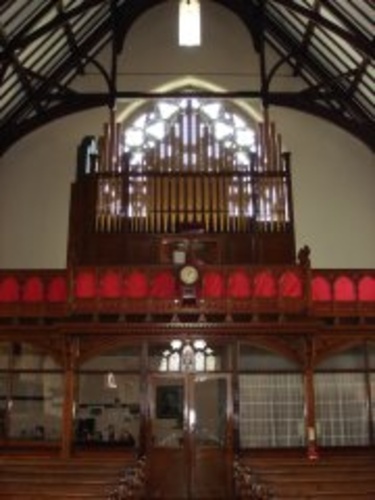 Christ Church is of the early Gothic Revival style of architecture and originally consisted of a nave ending in an octagonal apse. The south aisle is divided from the nave by gothic arches supported by iron columns with enriched capitals. At the south west of the building is a tower which serves at main level as an entrance lobby to the church with a spire above, the organ chamber originally being above this lobby. The vestries are to the north of the chancel, while the organ chamber was contained in the southern portion added in 1907.

The organ was moved in 1961 to the gallery where it now stands and the original organ chamber was converted into the chapel of Christ the Healer. The organ on the West gallery is accessed by a winding stone stairway. It was built by Hele & Co. of Plymouth, and has two manuals, with provision for a third. There are seven speaking stops on the Great, twelve on the Swell and a full pedal-board, plus couplers and a tremulant, and six combination pedals.