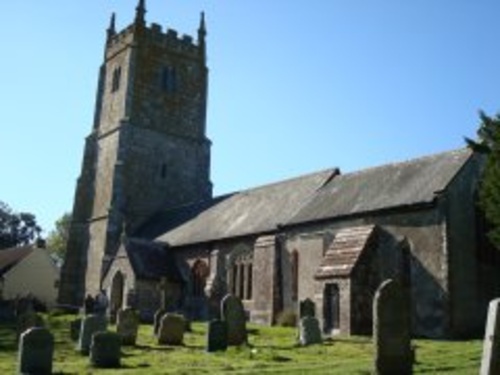 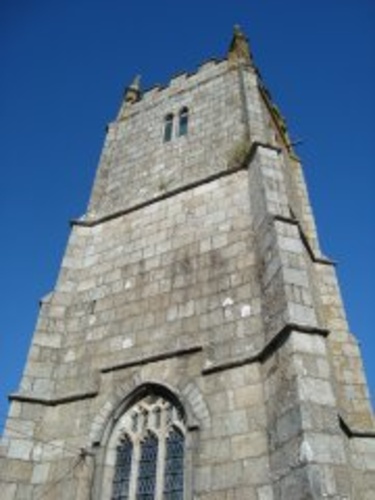 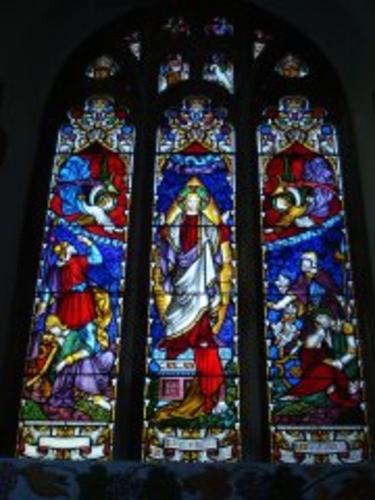 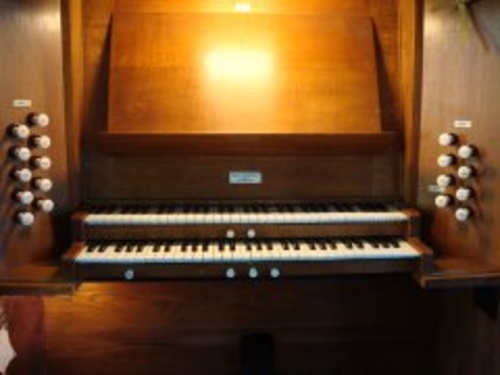 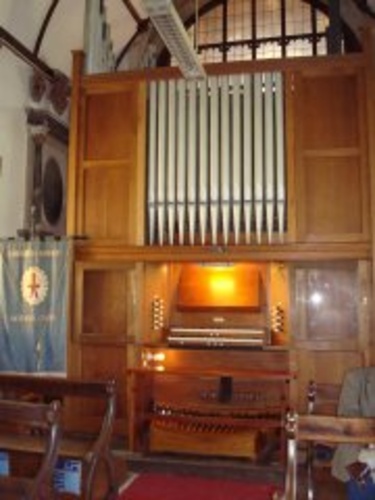 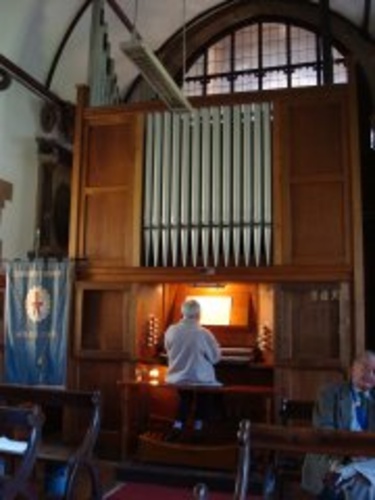 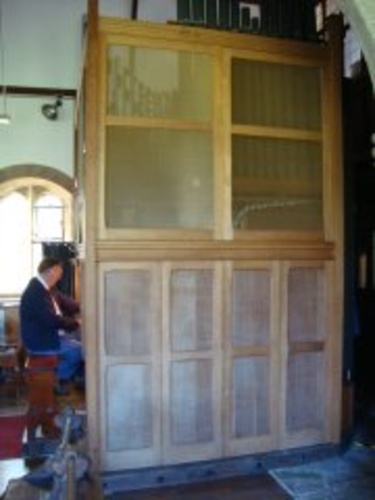 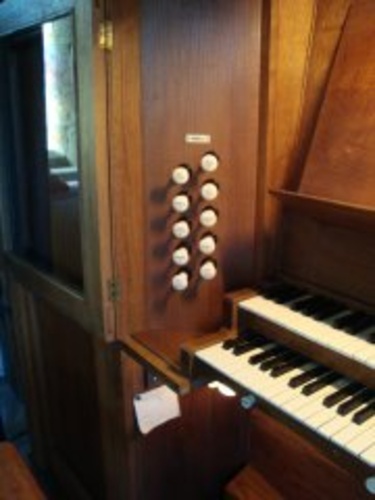 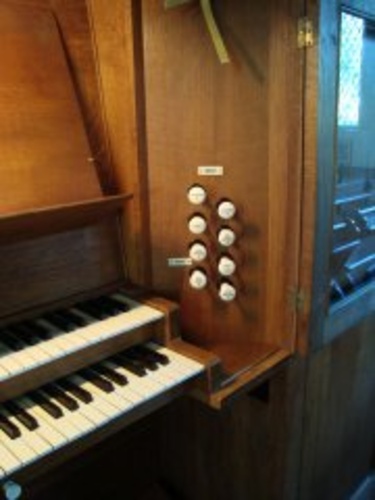 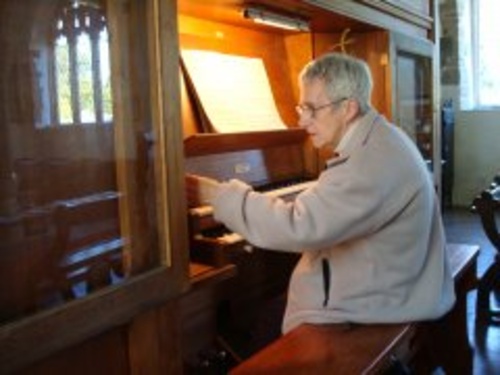 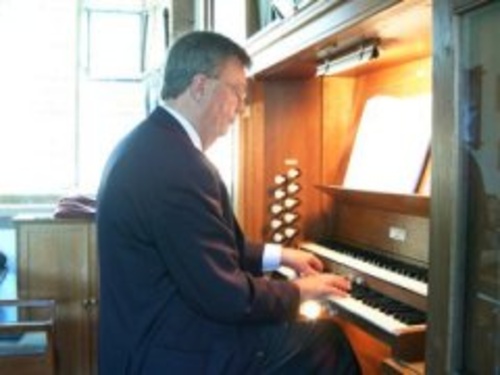 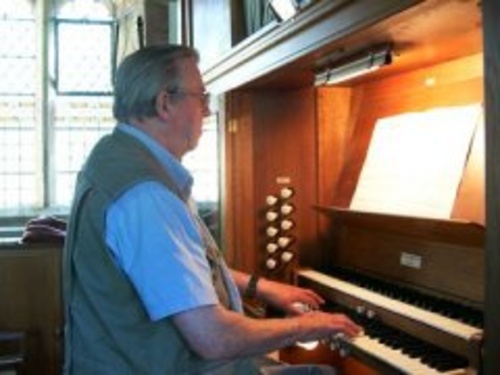 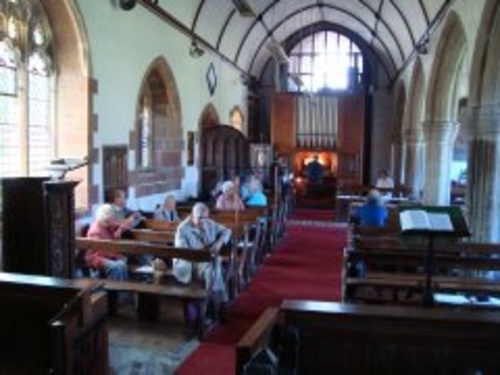 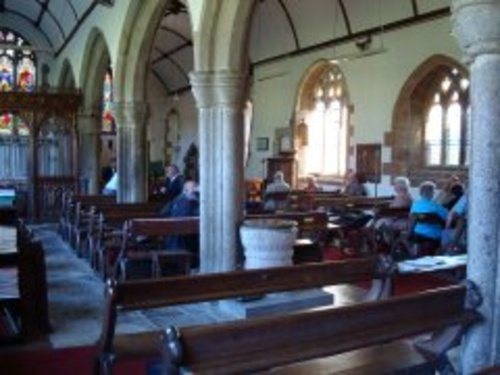 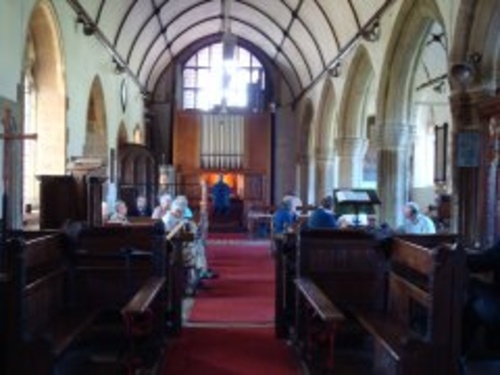 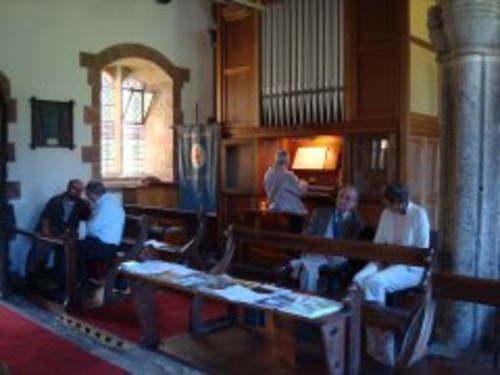 The church is plastered, whitened, and ceiled throughout. The plain granite tower is 15th century, and the nave and north aisle are of the same date, but the chancel is 13th century with good lancet windows in red Posbury stone. The south wall of the nave was rebuilt in the reconstruction of 1884, and the windows spoilt. The font is profusely ornamented Norman work.
In the north aisle is a fine medieval screen with most of its original colouring, old benches with carved ends, roof bosses, and some 15th century glass, the royal arms of Elizabeth on a hatchment, and the royal arms of George II above. The upper part of the pulpit is elaborately carved 16th century work.

We were welcomed by members from the parish church of St Mary The Virgin, on a beautiful sunny afternoon. Most of the members played the two manual organ and entertained us with various new and old pieces of music. We were then invited into the church hall where members of the parish served us a very satisfying tea.