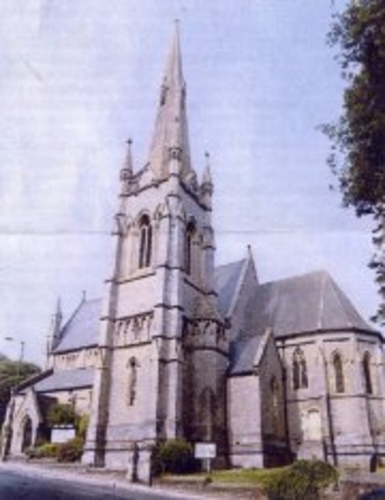 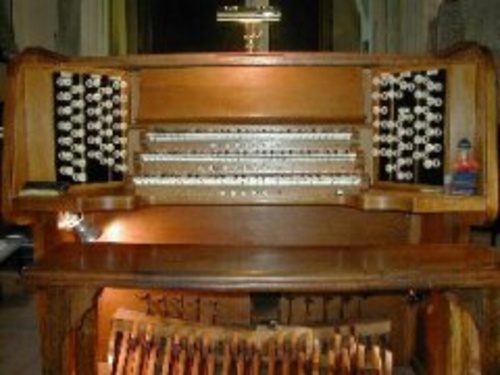 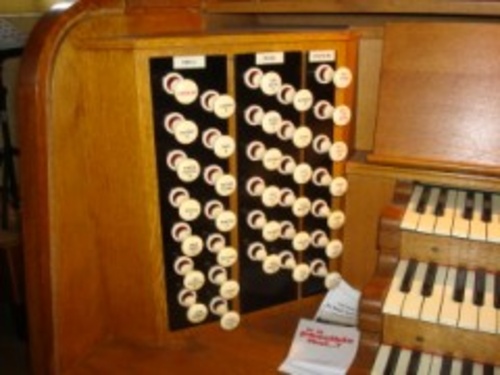 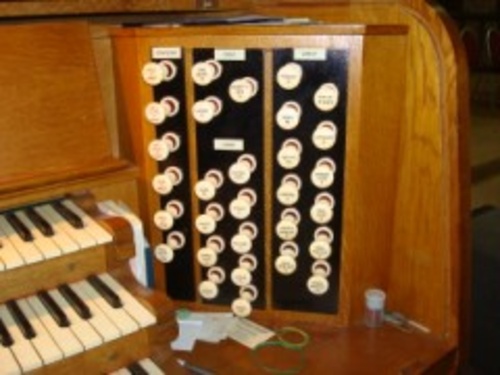 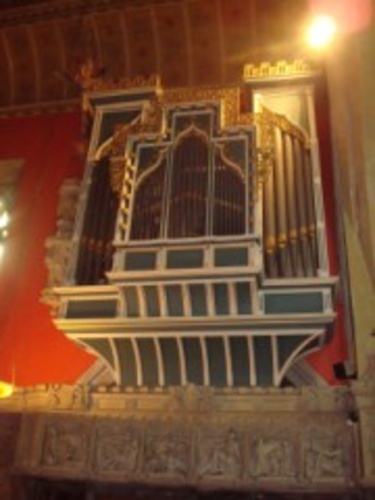 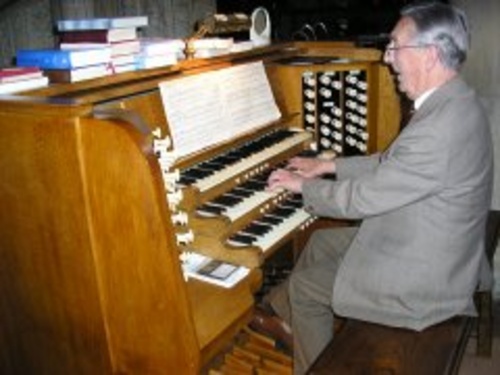 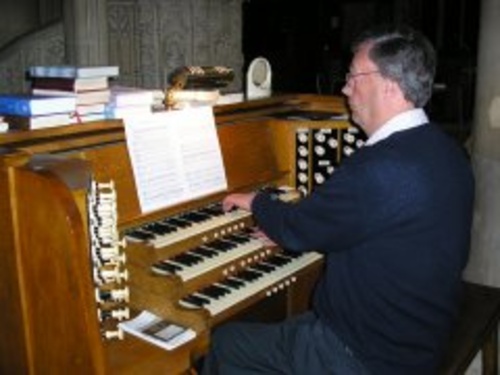 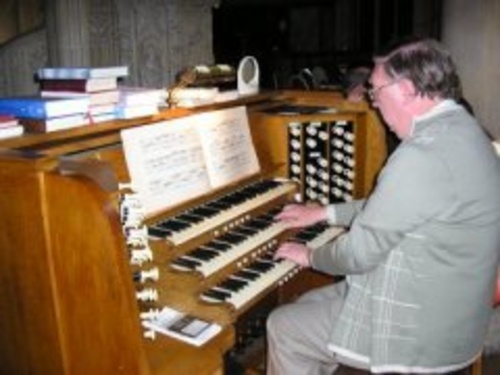 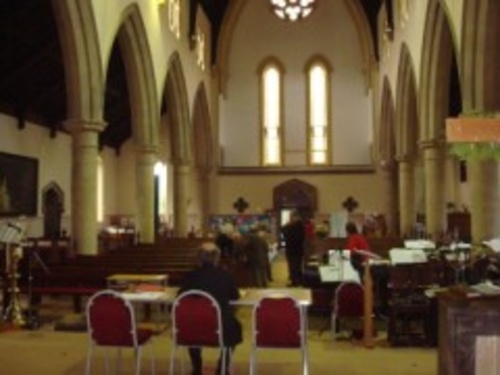 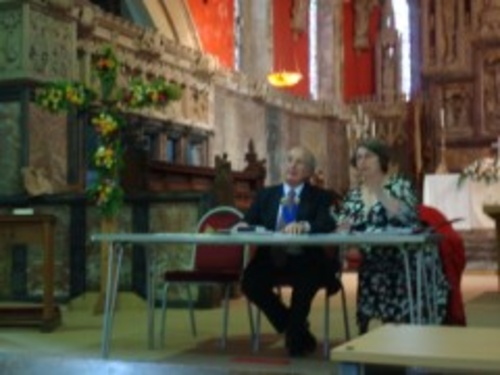 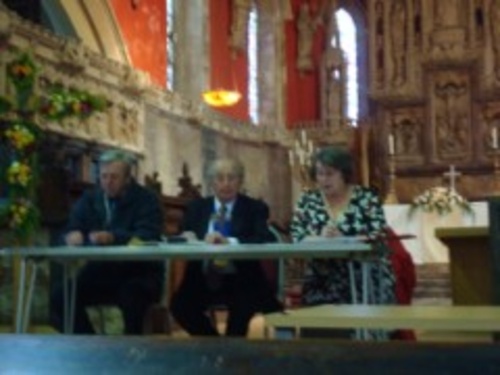 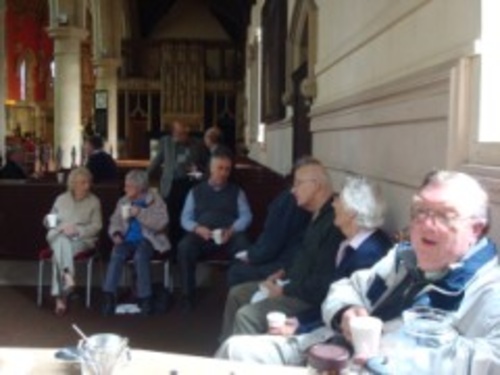 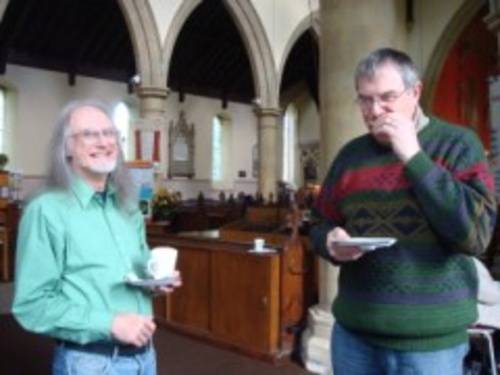 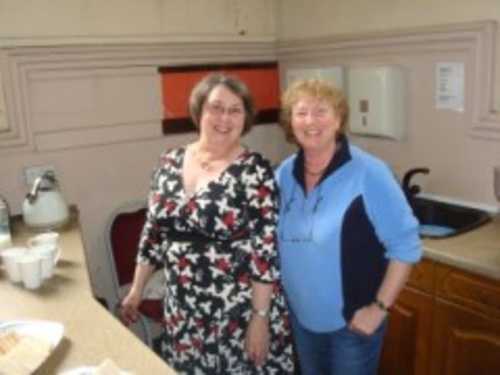 The church was consecrated on the 12th April 1849. It was built to a design by Salvin, using local stone from the Barton Quarry, and some imported Caen and Bath stone. The Church has a grade ll* listing. Some of the Victorian pews are still in place. From the main West door a newer set of internal glass panelled doors have been added allowing vision but preventing heat loss. In the South/West corner the space provides a coffee area where the congregation enjoy fellowship after the service. Various members of the congregation have made banners to give colour to the church and glory to God. The Church has an effective heating system that blows hot air around the building and an efficient PA system with loop for the hard of hearing. In 1990 a dais was erected that extends from the chancel into the nave, which gives an open area for many activities such as drama and dance. The surrounding churchyard was closed to burials in 1935 and consists mostly of trees, bushes and grass which the local council maintains. Floodlighting at night lights the south side of the church from both the western and eastern directions, this was sponsored jointly by a Millennium grant and funds from the church.

The organ is the second one to have been installed in the church and was built by Hele & Co. of Plymouth in 1879. It replaced the original organ, built by H. P. Dicker of Exeter, which is now in Swanmore, Ryde, I.O.W. The organ is housed in what was formerly a chapel at the south side of the chancel, with pipe-work in the Giles Gilbert Scott casing over the south side of the choir, and the Great Organ facing south at the east end of the south aisle, behind a very ornate Temple-Moore stone frontage. It was constructed in 1879 by Hele & Co of Plymouth and was probably the ‘Magnum Opus’ of John Hele. At the time of its construction it had several Cavaillé-Coll ranks included in the build, and was reputedly the largest organ in Britain, west of Bristol, according to Deryck Seymour’s article in ‘The Organ’ (Vol. 131, P137).

Whilst the church was being prepared for its installation, the organ was first completely erected in St Andrew’s Hall, Plymouth, where several noteworthy organists of the day, including W. T. Best and the then organist of St. Mary Magdalene, Mr T Craddock, who had drawn up the original specification, gave recitals on it. At that time, it had 43 speaking stops on the four manuals and pedals. It underwent major refurbishments by Hele & Co. in 1910 and 1949, with several specification changes, and was at its peak after the 1949 rebuild with a total of 55 speaking stops. This specification is detailed on the NPOR website, at NPOR Ref: N10606. The detached console is at the east end of the north aisle. This was installed in 1980, during a rebuild by R. Greaves of Plymouth, when, unfortunately, the Solo department was reduced to only three stops, and made to be playable from the Choir manual. The remaining Cavaillé-Coll Solo stops and their soundboards were removed, and the Scott Solo casing now only houses the Solo Tuba. The Swell Hautboy is believed to be the only remaining original Cavaillé-Coll stop on the organ.

Only two organists were resident at the church during 73 years of the 20th century, William Wykeham Trotman from 1902–1945, and Deryck Seymour from 1945–1975. Deryck Seymour was a life member of our association, see the Tributes page for details.

There is a brief brochure on the organ and its specification available at the church, or to download here.