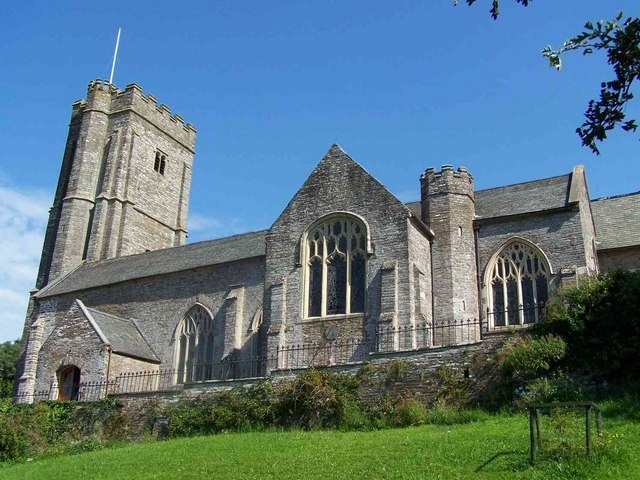 The church, as it stands today, is a fine example of the Perpendicular style of medieval architecture, built on the side of a hill so that its whole length can be seen from below. It is dedicated to St. Michael & All Angels which was common practice for churches on an elevated position. It was, however, at one time dedicated to St. Barnabas. The area immediately in front of the church, now used as a car park, was originally the village duck pond which received the overflow from the holy well. The church is now approached through the gate from the car park. The finely bedded slate stone from which it was built was quarried locally. The tower, a good specimen of the South Devon type, is about 85 ft. high. The main entrance to the church was formerly at the west end through the tower. On the south side of the church on the wall of the south transept is a sundial dated 1811 which has the unique distinction of possessing a hexagonal base.