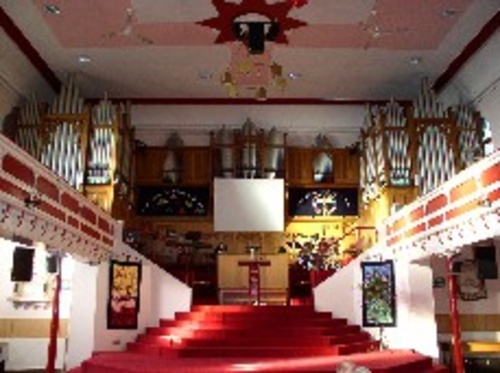 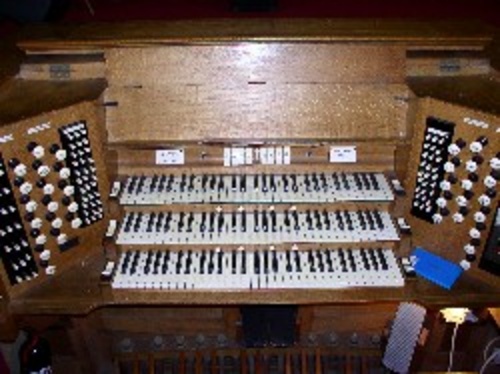 We started our January 2006 meeting at Upton Vale Baptist church, Torquay, which our President at the time, James Robinson had wanted to visit since the ’60s, when he had made an appointment to go and play the organ and no-one turned up to let him in! The church is quite large and has galleries, there are comfortable chairs and it is carpeted.

The organ was built by Osmonds of Taunton in 1932 to celebrate the centenary of the church, and is placed in a prominent position at the rear of the dais. The Great organ and some pedal pipes are in a light coloured wood case at the right of the dais, with the pipes of the Choir and Swell organs in a similar case at the left side. The detached three manual console is made of the same light coloured wood and stands in the centre of the dais behind the central lectern. It is fitted with traditional style draw-stops on angled jambs, combined with what was, in the mid 20th. century, modern electrical stop combination selection, by selectable push-pull switches.